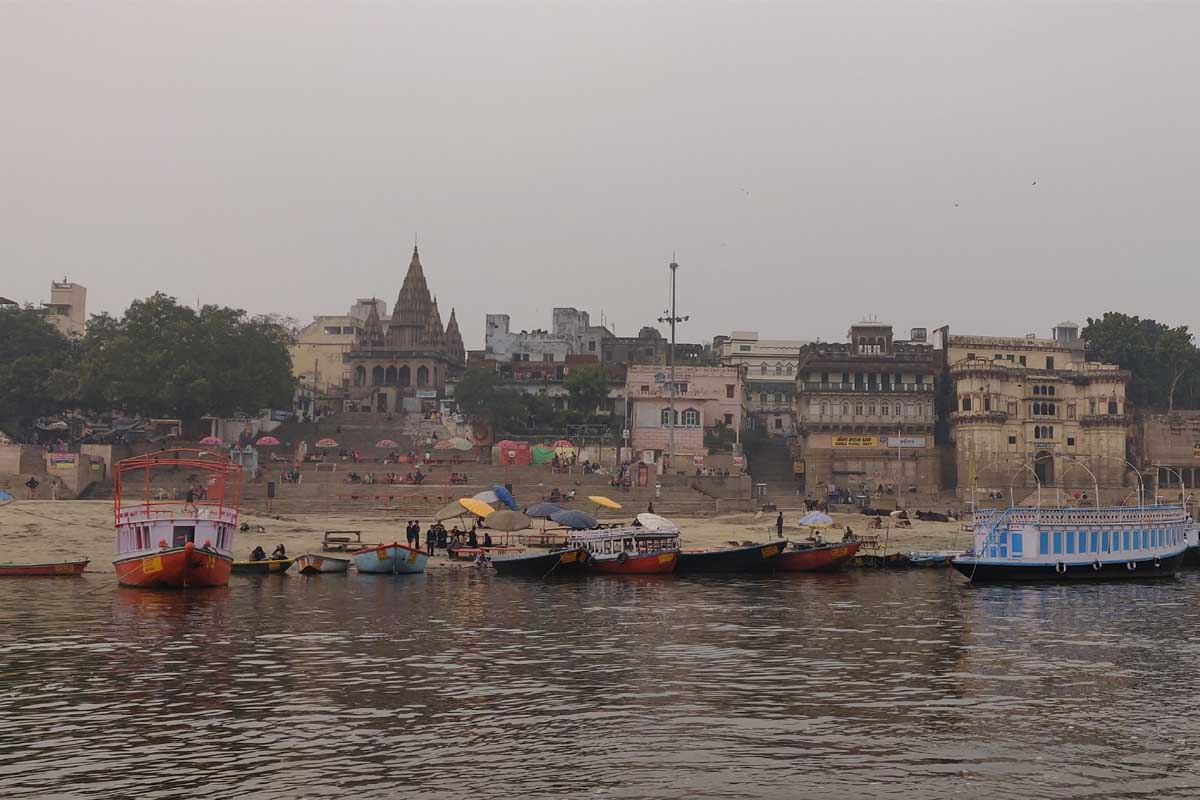 Pavitratam Chaturbhuj is the holiest tour of the Hindu Pilgrimage in India. The tour consists of Naimisarnya, known to be the “teertha” of “Satyuga”, Ayodhya, the birthplace of Lord Ram, Varanasi the oldest living city, city of Shiva and one of the Jyotirlinga, Allahabad the Sangam of the 3 holy rivers, Chitrakoot the place where Lord Ram spent his precious time.

You will be met and greeted upon arrival at Lucknow airport. Board your vehicle and transfer to your hotel. Afternoon visit the sights of the city, the capital of Uttar Pradesh.

In Lucknow one can find a cultural potpourri – the mix of different religions in the city has created a unique flavour for city. On one side the city has deep rooted links with Hinduism – Lucknow or Lakshmanpuri is related to Lord Rama’s brother Lakshman, on the other hand it has been the a strong centre for Shia sect in Islam, not only this the city has major links with Buddhism, Christianity, Sikhism, Jainism and the lesser known Parsi Zoroastrianism. The impact of the same can be seen in everything, from traditional architecture to food to embroidery, traditional dresses and even the local lingo. Everything you would find in the city is engulfed with this unique fragrance. Want to learn more about the Revolt of 1857, what better place than Lucknow – visit the British Residency and relive the days of siege, experience the pain and agony of the residents, witness what happens when the long oppressed rise.

You will be visiting Bada Imambara, Chota Imam Bara & Residency. End your day to satiate your shopping needs with unique style of embroidery – Chikankari.

Come back to hotel. Overnight at the hotel.

Naimisharanya, 95km from Lucknow, is regarded as one of the most sacred places of pilgrimage, Situated on the bank of the Gomti river, Naimisharanya is believed to be known since ancient times and it is the holy place where many sages performed their penance. is a land steeped with Hindu mythology linking it to Lord Brahma, Lord Vishnu, Goddess Sati and Lord Shiva. The place is unique owing to the belief that it is the land where the pantheon of 33 Hindu God & Goddesses reside. It also believed to be the first most sacred of all pilgrim center for Hindus. It is said that if one performs penance for 12 years on this land, one moves to Brahmaloka. This place finds mention as a dense forest in several ancient scriptures, including the Mahabharata. Chakratirth, Vyas Gaddi, Suraj Kund, Pandav fort, Hanuman Garhi and Lalita Devi temple are places of worship here that attracts a large number of devotees.

Before coming back to Lucknow you will also visit Misrikh and Dadhich Kund. When ousted from devlok by the asura Vritra who could only be killed by a pious object, not weapons Devraj Indra pleaded to Vishnu, who advised him to request Maharishi Dadhichi for his ribs; the sage reluctantly agreed. Indra is said to have then fashioned a Vajra and slain the demon. All of this transpired in Misrikh, 10 KM away, where a temple, ashram (hermitage) and Dadhich kund (pond).

By evening return to Lucknow for an over-night stay in Lucknow.

After early breakfast proceed to Ayodhya. Before leaving the city you will have the opportunities to photo stops at the modern Lucknow. Ambedkar Memorial, Lohia Park, the New High-Court building are the few names.

Arrive at Ayodhya and check into your hotel.

Afternoon visit temple in Ayodhya – Sri Ram Janmabhoomi-the birthplace of Lord Ram, Valmiki Bhawan, Hanuman Garhi and Kanak Bhawan-one of the finest temple supposedly gifted to Sita by Kaikeyi immediately after her marriage. Come back to hotel for overnight stay.

Early this morning, you will be taken to Saryu Ghats for the holy dip. After the holy bath pay homage to the holy river. Come back to the hotel for breakfast.

After breakfast drive to Varanasi. Arrive at Varanasi and check into your hotel. In evening see world famous ganga Aarti. Come back to the hotel for overnight stay.

Varanasi or Benaras (also known as Kashi) is the oldest livening cities in the world. Varanasi’s prominence in Hindu Mythology virtually unrevealed. It is the city of Temples, Religion, Art, Culture, Tradition, Education and many more.

Early morning, you will be taken for a Boat Ride on the Ganges. It is a mystical and spiritual experience the sunrise and to watch religious activities at Ganga Ghats. Take the holy dip in the river Ganga and after this Darshan of Baba Vishwanath. Come back to the hotel for breakfast. Later in the morning, a fabulous city tour is arranged covering Bharat Mata Temple, Tulsi Manas Temple & BHU, etc.

Afternoon, take an excursion to Sarnath. Sarnath is the place where Lord Buddha delivered his first sermon to his disciples. The attractions at Sarnath are the Buddha Temples, Dhamekha Stupa, Chaukhandi Stupa, and Archaeological Museum. Evening comes back to the hotel for overnight stay.

After breakfast, you will be driven to Allahabad. Your first stop will be the Triveni Sangam. Enjoy the holy bath in Triveni Sangam (Meeting point) of the three rivers – Ganga, Yamuna & Saraswati. At Sangam perform puja and ritual ablutions in the shallow waters.

After breakfast you will be driven to Chitrakoot. Arrive and check into your hotel. The rest of the day will be at leisure to have the feel of the beautiful place.

Chitrakoot means the ‘Hill of many wonders”. Chitrakoot falls in the northern Vindhya range of mountains spread over the states of Uttar Pradesh and Madhya Pradesh. Lord Rama spend a major part of his exile here. According to the epic Ramayana, Chitrakoot is the place where Bharat, brother of Lord Rama came to visit him and asked him to return to Ayodhya and rule the kingdom. It is believed that the supreme Gods of Hinduism, (Brahma, Vishnu, and Shiva) took incarnations here.

Today you will have sightseeing of Chitrakoot. Visit Ram Ghat, Hanuman Dhara, Sita Kund, Sati Anusuya Ashram and Kamadgiri a forested mountain. Gupt Godavari is a cavern located at a distance of 19 km south of Ram Ghat.

In the evening drive back to your hotel for overnight stay.

Since it is a bit long drive today, you will be starting a little early and will be driven to Lucknow airport for your return flight. You will be dropped there on time to connect your flight back home.