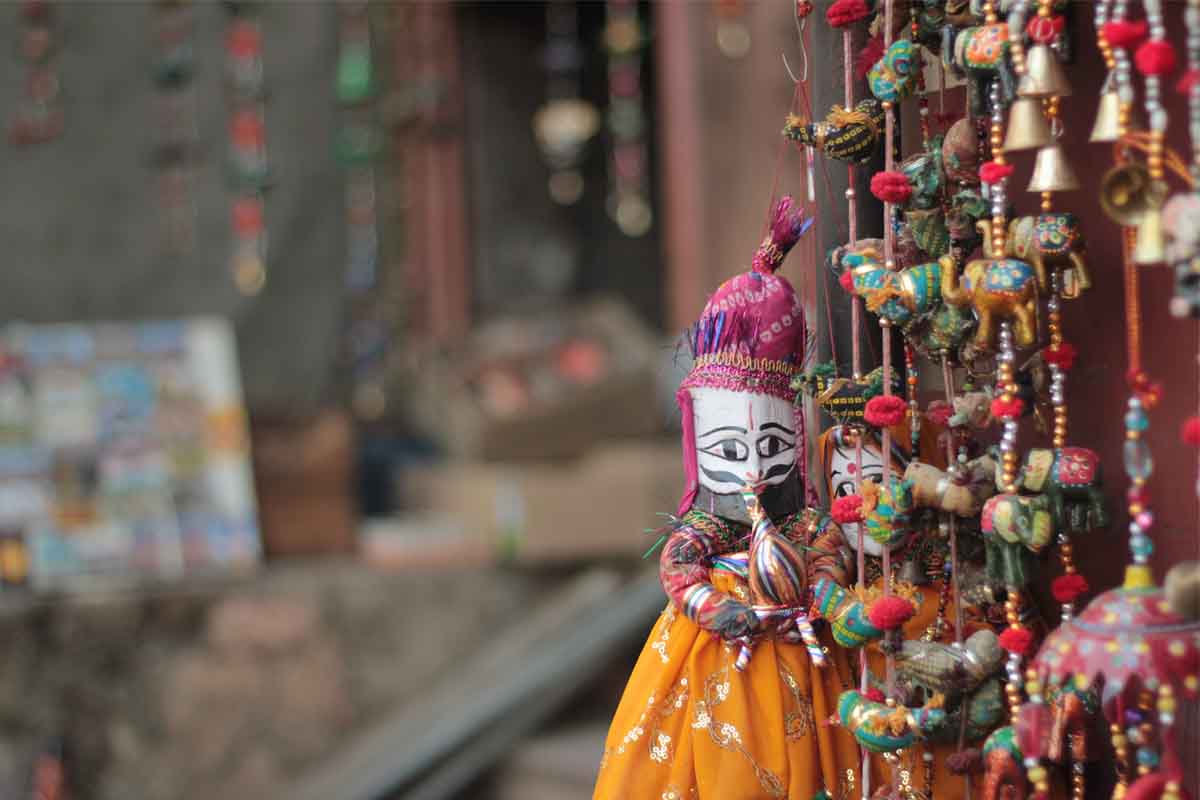 Rajasthan or the ‘Land of the Kings’ was once a collection of princely kingdoms where feudal traditions still carry on amidst forts and palace hotels. This is a delightful tour that takes you to various such kingdoms where your residence are often the main palaces itself (now refurbished as hotels). The experience takes you back in time and the memories are sure to imprint eternally.

You will be met on arrival at the Delhi International Airport and transferred to your hotel.

You begin your tour by visiting New Delhi, which is also known as Lutyens Delhi. The capital of British India was a self-conscious attempt to match the imperial grandeur of the Mughal capital.

You will see the Government Secretariat; President’s Palace; Parliament House and the India Gate, built to commemorate 70,000 soldiers who died in World War I. Driving along wide avenues, you will arrive at Humayun’s Tomb, forerunner to the Taj Mahal in Agra, and considered to be the best example of a garden tomb in India and the first to be built by a widow for her husband. You will finally proceed to see the oldest monument in Delhi; the Qutab Minar (tower of victory) built by the first Sultan, Qutab-ud-Din Aibak, to commemorate his victory over the Indian rulers in 1199.

In the afternoon you will set out to discover Old Delhi. The tour will begin with a visit to Raj Ghat, where you pay homage to the simple memorial to Mahatma Gandhi. You are then driven to the magnificent Red Fort, overlooking the river Yamuna. The Red Fort was built during the years 1638 – 48 when the Moghul Empire was at its peak. Next, take a trishaw ride through the colourful Chandni Chowk (the lanes are too narrow for cars to negotiate) with little shops overflowing with goods of all kinds and by lanes specializing in their own peculiar products for instance in the Katra Neel lane, fabrics such as satin, crepe, silk, cotton and muslin are sold by tradesmen who have lived here for generations. As you take in the colors and the smell you arrive at the Jama Masjid, one of Asia’s largest mosques. People stream in and out of the mosque continuously and the presence of the nearby bazaars means that the area is rarely quiet.

In the morning today, you will be driven to Agra. The drive will take about 3 ½ hours. On arrival, you will check-in to your hotel.

Pregnant with the dream of ‘seeing the Taj’, it is likely to be your first stop in Agra. No amount of looking it up in books, photographs or internet can prepare you enough to absorb the first impression. It will leave you with an ‘Oh! … My … God!’. The spell is broken by photographers who offer to photograph you with the Taj in all sorts of fancy and at times trick pictures such as holding the Taj minaret in your hand. There is also this famous marble bench right in front of the Taj where many well-known people have perched themselves and got photographed (such as Princess Diana and Bill Clinton … on separate occasions of course!). Stories, true and gossipy alike, add on to your experiencing the Taj.

Later in the afternoon, you will visit the Agra Fort that affords glorious views of the Taj.

In the morning following breakfast, you will be driven to Jaipur, where on arrival you will check into your hotel. On the way, you will visit Fatehpur Sikri. Arrive at Jaipur in the evening.

What attracts you to Jaipur are stories of the Maharajas, their lifestyles, their palaces; colorful bazaars and shopping.  What you are not quite prepared for is how vivid, vibrant and varied all this actually is in real life.

This morning you will be driven to the ancient capital of Amber to see the fabulous Amber Fort. Maharaja Mansingh, Mughal Emperor Akbar’s most successful General, started the construction of Amber Fort in the 17th century.

Once on top, stroll through the sprawling complex of courtyards and halls. Many of the rooms have delightful wall paintings, with precious stones and mirrors inlaid in the walls. Most fascinating, perhaps, is the Sheesh Mahal (hall of mirrors) where a single lamplight is reflected in the many mirrors, lighting up the room.

In the afternoon you will visit the City Palace, which is an overwhelming complex of exquisite palaces, gardens and courtyards, decorative art and carved doorways. The palace museum houses collections of rare manuscripts, armor, costumes, carpets, and miniature paintings.

In the morning today, you will be driven to Jodhpur (5 ½ hours).

Later in the afternoon visit the impressive Mehrangarh Fort.

From the outside its wide, high walls and sheer cliffs appear unassailable, imposing and austere, but once inside you discover several lavishly decorated palaces, with intricate carved ‘jails’ and panels that take your breath away.

In the morning today after a leisurely breakfast you will be driven towards Udaipur (4 hours) en-route visiting 15th Century Jain temple, with five spires, 20 domes, 29 halls, and 1,444 pillars. The Ranakpur temple, located in a remote valley in the Aravalli hills is about 60 km from Udaipur.

Reflect on the beauty of temples as you rest a bit at the nearby Maharani Bagh Orchard Retreat before you continue your drive to Udaipur.

On arrival in Udaipur, you check in to your hotel.

There is no place in Rajasthan, which appeals more to the imagination of poets and painter, travelers and writers than Udaipur. Set on the shores of Lake Pichola and surrounded by hills, Udaipur grew in complete contrast to the harsh deserts of the rest of Rajasthan. The lake itself is a romantic setting surrounding the gleaming white Lake Palace and the Jag Mandir, a refuge of the rebel Mughal prince, Shah Jehan, soon to be the creator of the incomparable Taj Mahal.

The City Palace is the prime spectacle, however, molded in butter-colored stone and standing on an imposing outcrop overlooking the city. Inside, the walls are covered in the most detailed mosaics and ceilings are patterned with thousands of tiny mirror shards. One terrace has a giant marble pool, said to have been filled with the juice of fresh mangoes, and broad swings hover above where the maharajah’s mistresses would swing in the nude.

Today you will be transferred to the Udaipur Airport in time to take the flight to Delhi.

On arrival in Mumbai, you will check-in to your hotel and later have free time for independent activities.

Today you will tour Mumbai.

Rudyard Kipling extolled her as the “Mother of cities”. The history of Bombay is the story of an incredible transformation from its foundation to the present day. The British built it expressly for trade and over the years it changed hands from the fishing village of the Kolis, through the Portuguese conquest, to Catharine of Aragon who took the seven islands of Bombay as her dowry to Charles II of England. Bombay was and still is the Gateway to India, commemorated by a monument of that name built to mark the visit of King George. During the tour, you will see a vibrant and bustling city with Colonial architecture, towering buildings, shopping centers, and palatial hotels.

You will be transferred to the International Airport in time to take your flight back home.