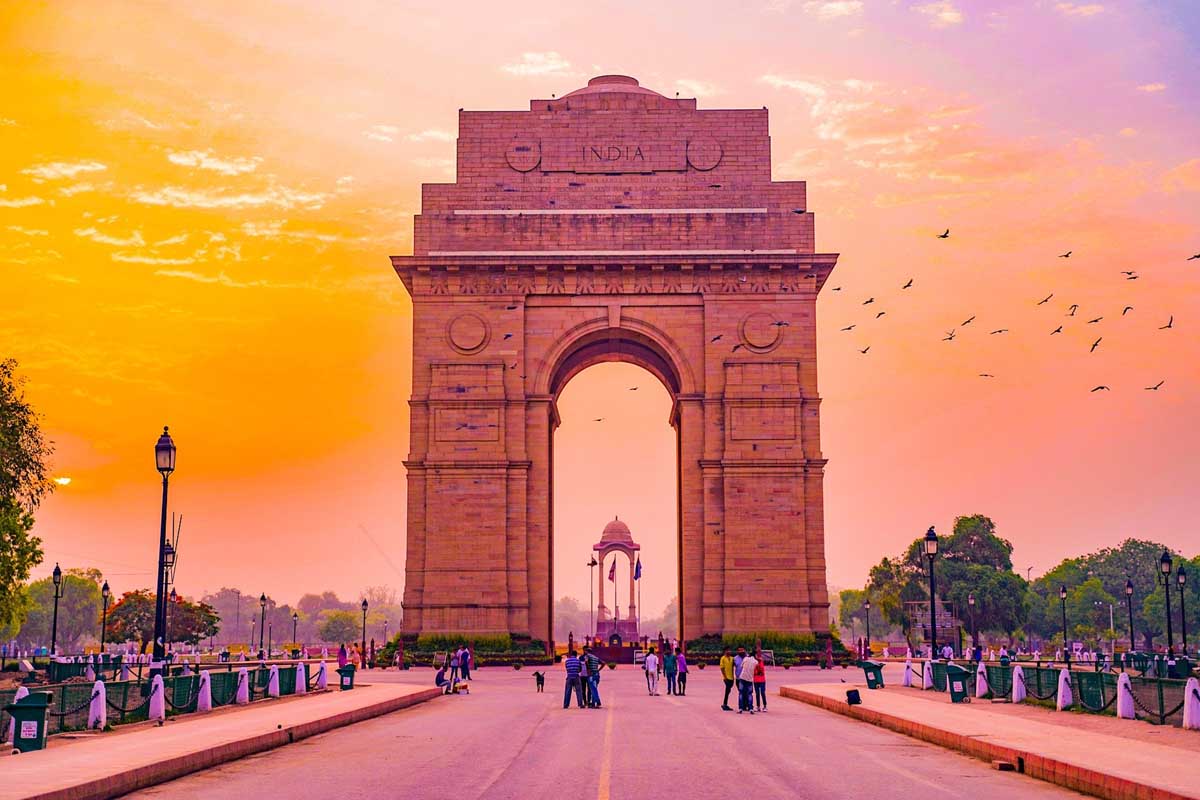 You will be met on arrival at the Delhi Airport and transferred to your hotel.

Afternoon, you begin your tour by visiting New Delhi, which is also known as Lutyens Delhi. The capital of British India was a self-conscious attempt to match the imperial grandeur of the Mughal capital.

You will see the Government Secretariat; President’s Palace; Parliament House and the India Gate, built to commemorate 70,000 soldiers who died in World War I. Driving along wide avenues, you will arrive at the oldest monument in Delhi; the Qutab Minar built by the first Sultan, Qutab-ud-Din Aibak, to commemorate his victory over the Indian rulers in 1199.

After Early breakfast this morning you will set out to discover other sights of Delhi. The tour will begin with a visit to Raj Ghat, where you pay homage to the simple memorial to Mahatma Gandhi. And then you will be visiting Akshardham temple complex.
After visiting the temple continue your drive to Agra. The drive will take about 3 hours by expressway from Akshardham.
On arrival at Agra, you will check-in to your hotel.
Living with the dream of ‘seeing the Taj’, it is likely to be your first stop in Agra. No amount of looking it up in books, photographs or internet can prepare you enough to absorb the first impression. It will leave you with an ‘Oh! – My – God!’. The spell is broken by photographers who offer to photograph you with the Taj in all sorts of fancy and at times trick pictures such as holding the Taj minaret in your hand. There is also this famous marble bench right in front of the Taj where many well-known people have perched themselves and got photographed (such as Princess Diana and Bill Clinton – on separate occasions of course!). Stories, true and gossipy alike, add on to your experiencing the Taj.

Morning after leisurely breakfast visits the Agra Fort – the seat and the stronghold of the Mughal Empire under successive generations. Visit its Hall of Public Audience and its Royal Pavilions. Agra is renowned for its marble inlay work and for gems and jewelry.

After the fort visit, you will set out for Jaipur but first stopping at Fatehpur Sikri an hour’s drive out of Agra.

Fatehpur Sikri is the deserted capital of the former Mughal Emperor Akbar. It was built as his capital but abandoned only 15 years later, supposedly due to a shortage of water. In many ways, it is one of the most impressive and romantic legacies of the Mughal dynasty. Within the walls, you will see some very interesting buildings, which remain in excellent condition 400 years later.

Wandering the red sandstone courtyards you travel back in time and can’t help wonder why an emperor builds a magnificent city as an act of gratitude to a saint, makes it the capital of his empire and then, for some inexplicable reason, abandons it.

On arrival at Jaipur Airport, you will check-in to your hotel.
What attracted you to Jaipur are stories of the Maharajas, their lifestyles, their palaces; colorful bazaars and shopping. What you are not quite prepared for is how vivid, vibrant and varied all this actually is in real life.

This morning you will be driven to the ancient capital of Amber to see the fabulous Amber Fort. Maharaja Mansingh, Mughal Emperor Akbar’s most successful General, started the construction of Amber Fort in the 17th century. Once on top, stroll through the sprawling complex of courtyards and halls. Many of the rooms have delightful wall paintings, with precious stones and mirrors inlaid in the walls. Most fascinating, perhaps, is the Sheesh Mahal (hall of mirrors) where a single lamplight is reflected in the many mirrors, lighting up the room.
In the afternoon you will visit the City Palace, which is an overwhelming complex of exquisite palaces, gardens and courtyards, decorative art and carved doorways. The palace museum houses collections of rare manuscripts, armory, costumes, carpets, and miniature paintings.

In the morning today, you will be driven back to Delhi. 5 Hours. Arrive Delhi and you will be dropped at the Delhi airport on time to connect your onward flight.